“I Know What You’re Doing ~ Guess What I Heard?

I Know What You’re Doing

Sarah, the church gossip and self-appointed arbiter of the congregation’s morals, kept sticking her nose into other people’s business. Several members were unappreciative of her activities but feared her enough to maintain their silence. 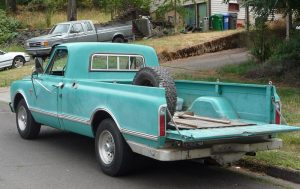 She made a mistake, however, when she accused George, a new member, of being an alcoholic after she saw his pickup truck parked in front of the town’s only bar one afternoon. She commented to George and others that everyone seeing it there would know what he was doing.

George, a man of few words, stared at her for a moment and just walked away. He didn’t explain, defend or deny; he said nothing. Later that evening, George quietly parked his pickup in front of Sarah’s house and left it there … all night. author unknown 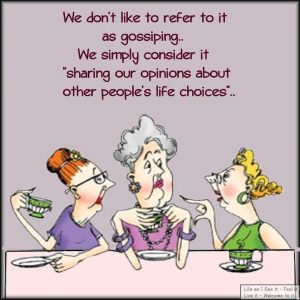 Reflections: Guess What I Heard?

I have been reminded these last few years how words hurt. Someone makes an observation about another’s circumstances and shares it their friends. Never bothering to check the facts or find the truth.  I have always wondered why people feel the need to run others down, is it to build themselves up? 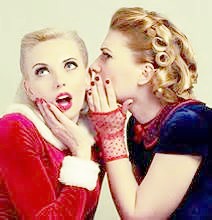 My mother used to say, “Gossip is like letting the cat out of the bag one claw at a time.” As a young girl, I thought she was being funny. But as the years went by I saw the damage left behind, by the words others carelessly shared.

I watched as people would treat my mother with so little respect as they assumed they knew all about her situation.  But they didn’t know at all, or how hard she worked to put a roof over our heads and food on the table.  Never giving up or expecting handouts. people made assumptions we were poor, although I can’t say that we ever thought we were.

We always had enough, when we outgrew our shoes and clothing; she made sure we had something new to replace the old. I often wondered how she worked her magic with the budget, but as I look back I realize she went without so that my sisters and I would have more opportunities and a few extras. How we loved and admired her.

I don’t ever remember her speaking unkindly about others, probably because she had personally known the pain it caused.

I have watched her invite people into her home, feed, care and buy groceries for those who had nothing or no one to care for them. Mother was never judgmental and would accept people just the way they were. But most important, she was never afraid or shy to tell anyone about God’s love. She never gave up, she was a survivor, joyfully serving God and touching lives with kindness and comfort

In her later years she worked in real estate, and at times I would be fearful as she drove around the city, often going into dangerous areas. She always told us not to worry; no harm would come because God was taking care of her. And He truly did.

Mother never cared about what others thought about her or what they said. She only cared about pleasing and honoring God and doing her best for Him.

Mother left me a wonderful legacy to remember, my heart needs to keep my eyes on the God who loves me, and not worry about hurtful words being shared.©

Be wise in the way you act toward outsiders; make the most of every opportunity.

Let your conversation be gracious and attractive so that you will have the right response for everyone. Col. 4:5-6

@sheilagregoire As an American living in Canada for 56 years, President Trump is a great president. He has now been nominated for three Nobel Peace awards as of today. He stands for religious freedom, Israel, and he loves and protects our people. He protects the unborn and loves our military.🙏

He Is Alive - Dear Friends, How are you all doing? I’m going into my fourth... mailchi.mp/aacb39b7b70a/h… pic.twitter.com/jTnG8DLAb4