Louise Redden, a poorly dressed woman with a look of defeat on her face, walked into a grocery store. She approached the owner of the store in a most humble manner and asked if he would let her charge a few groceries. She softly explained that her husband was ill and unable to work, they had seven children, and they needed food. 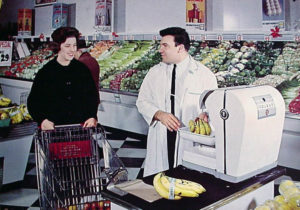 John Longhouse, the grocer, scoffed at her and asked that she leave his store. Picturing the family needs, she said: ‘Please, sir, I will bring you the money just as soon as I can.” John told her he could not give her credit, as she did not have a charge account at his store.

Standing beside the counter was a customer who overheard the conversation between the two. The customer walked forward and told the grocer-man that he would stand good for whatever she needed for her family.

Louise hesitated a moment with a bowed head, then she reached into her purse and took out a piece of paper and scribbled something on it.

She then laid the piece of paper on the scale carefully with her head still bowed. The eyes of the grocer-man and the customer showed amazement when the scales went down and stayed down. The grocer-man, staring at the scales, turned slowly to the customer and said begrudgingly, “I can’t believe it.”

The customer smiled, and the grocer-man started putting the groceries on the other side of the scales. The scale did not balance so he continued to put more and more groceries on them until the scales would hold no more. The grocer-man stood there in utter disgust. Finally, he grabbed the piece of paper from the scales and looked at it with greater amazement. It was not a grocery list, it was a prayer, which said: Dear Lord, you know my needs, and I am leaving this in your hands.”

The grocer-man gave her the groceries that he had gathered and placed on the scales and stood in stunned silence. Louise thanked him and left the store. The customer handed a fifty-dollar bill to John as he said, “It was worth every penny of it.” It was some time later that John Longhouse discovered the scales were broken. Therefore only God knows how much a prayer weighs. Author unknown 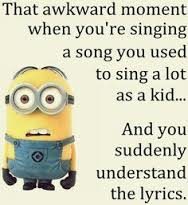 Trying to be thankful is hard when we are hurting? Does God see our sorrows and pain? Can I rely on His promises that He knows and cares about my life and the circumstances that affect me?

These are the questions I have asked myself at different seasons in my life when difficult times come.

Do you ever have those doubts? When your heart does not follow your head knowledge and all our learning and conventional wisdom. When we sing hymns like, “Standing on the Promises”, yet feel like we have had our knees cut out from under us and do not have the strength to stand?

Many times I have listened as people share a heavy burden they carry, and I have admired how they survive the storms of life with a thankful heart with a smile. They press on with a positive determination, always seeing a brighter future and just keep moving forward.

There have been many times in my life when I have been heartbroken, disappointed, and depressed by devastating life lessons that are hard to understand. And wondering where is the relief?

During those times I am so thankful that I can remember God is always and continues to be faithful to his promises. I may get upset, angry, emotional and grumble momentarily, but when I stand still long enough and look up, I know that God is always with me, and taking care of the situation.

God may delay our questions, but he will never disappoint our trust. He is in control. Can I daily put my hand in his and allow him to lead me safely along life’s pathway? I think it is a daily choice to trust him for each step.It is a choice.

We can come to God with no doubts. This means that when we ask God for things (and those things agree with what God wants for us), God cares about what we say. 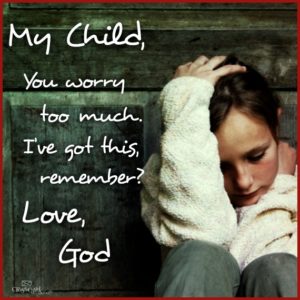 Life is tough, but God is tougher, and He is powerful and big enough to take care of all your needs!©

Do you ever doubt?

Thank you, dear friends for spending your time with me, Have a wonderful weekend. Hugs to all.