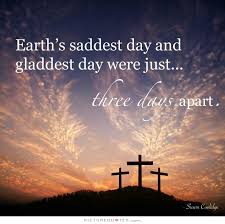 Philip was born with Downs Syndrome. He was a pleasant child . . .happy it seemed . . . but increasingly aware of the difference between himself and other children. Philip went to Sunday school faithfully every week. He was in the third grade class with nine other eight-year olds.

But don’t forget. There was an exception to all this. Philip was not really a part of the group. Philip did not choose, nor did he want to be 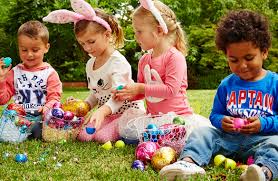 different. He just was. And that was the way things were.

His teacher had a marvelous idea for his class the Sunday after Easter. You know those things that pantyhose come in . . . the containers that look like great big eggs? The teacher collected ten of them. The children loved it when he brought them into the room and gave one to each child.

It was a beautiful spring day, and the assignment was for each child to go outside, find the symbol for new life, put it into the egg, and bring it back to the classroom They would then open and share their new life symbols and surprises, one by one.

It was glorious. It was confusing. It was wild. They ran all around the church grounds, gathering their symbols, and returned to the classroom.

They put all the eggs on a table, and then the teacher began to open them. All the children gathered around the table. He opened one and there was a flower, and they ooh-ed and aah-ed. He opened another and there was a little butterfly.

“Beautiful!” the girls all said, since it is hard for eight-year old boys to say ‘beautiful.’ He opened another and there was a rock. And as third-graders will, some laughed, and some said, “That’s crazy! How’s a rock supposed to be like new life?” But the smart little boy who’d put it in there spoke up: “That’s mine. And I knew all of you would get flowers and buds and leaves and butterflies and stuff like that. So I got a rock because I wanted to be different. And for me, that’s new life.” They all laughed.

The teacher said something about the wisdom of eight-year olds and opened the next one. There was nothing inside. The children, as eight-year olds will, said, “That’s not fair. That’s stupid! Somebody didn’t do it right.”

Then the teacher felt a tug on his shirt, and he looked down. “It’s mine, Philip said. It’s mine.”

And the children said, “You don’t ever do things right, Philip. There’s nothing there!”

There was silence, a very full silence. And for you people who don’t believe in miracles, I want to tell you that one happened that day. From that time on, it was different. Philip suddenly became a part of that group of eight-year old children. They took him in. He was set free from the tomb of his differences.

Philip died last summer. His family had known since the time he was born that he wouldn’t live out a full life span. Many other things were wrong with his little body. And so, late last July, with an infection that most normal children could have quickly shrugged off, Philip died.

At his memorial service, nine eight-year old children marched up to the altar, not with flowers to cover over the stark reality of death . . . but nine eight-year olds, along with their Sunday School teacher, marched right up to that altar, and laid on it an empty egg . . . an empty, old, discarded pantyhose egg.  Author unknown

And the tomb is empty!

I wanted to share with you one my favorite Easter story, I have loved this one since the first time I heard it.

It is a constant reminder that the Grave is empty, and Jesus lives and He is alive. I know that my hope, salvation and constant care comes from Him. He loves me, forgive me and helps me.  He is my security, He is Enough!

Happy Easter, He Has Risen!

Thank you for sharing your time with me today dear friend. What brings delight and Joy to your life? Do you have a favorite Easter story?

I would love to hear your thoughts as we share our journey.

2 comments on “The Easter Eggs”